Sheffield, Ala. – Tuesday, October 15, 2019 – Bank Independent is pleased to announce that Esther Henry will lead the mortgage sales team as Vice President of Mortgage.

Henry began her career with Bank Independent in 1989 as a Teller, leaving in 1991 to work for SunTrust Bank as a Commercial Loan Assistant and Loan Processor/Underwriter. She returned to the Bank in 2011, serving in various positions before assuming leadership of the Sales & Service team in 2014.

Henry served previously as Vice President of Sales & Service since 2018, where she lead the mortgage origination team in the bank’s legacy markets since 2017. In her new role, Henry will manage the Mortgage Originators and Mortgage Relationship Specialists across the bank while working collaboratively with the mortgage processing team to create a better experience for our mortgage customers.

“The Bank is pleased that Esther has accepted the position to lead our mortgage sales team,” says Rick Wardlaw, CEO of Bank Independent. “She has a proven leadership track record of engaging and enabling her team to provide exemplary customer service. I think Esther will excel in this new role.”

Henry attended the University of North Alabama and graduated from the American Institute of Banking in 1995. She and her husband Lynn have one son and one daughter and live in Florence.

Since 1947, Bank Independent has taken pride in serving the customers who count on us to be there for them when they need us most. With 28 traditional Sales Offices across North Alabama and one Digital Sales Office, we’re committed to providing the best service, designing the most desired products and creating an overall excellent experience for each and every customer. As a local community bank, we believe in building relationships that run deep and last. All of our employees reside in our local communities and believe in giving back through volunteering. To become part of a bank that makes a positive difference in people’s lives, visit us at bibank.com.

For more information, press only: 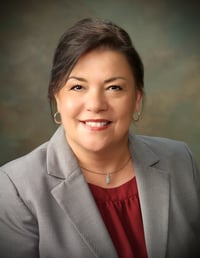